The castor oil plant, Ricinus communis, is a species of flowering plant in the spurge family, Euphorbiaceae. It belongs to a monotypic genus, Ricinus, and subtribe, Ricininae. The evolution of castor and its relation to other species are currently being studied using modern genetic tools. 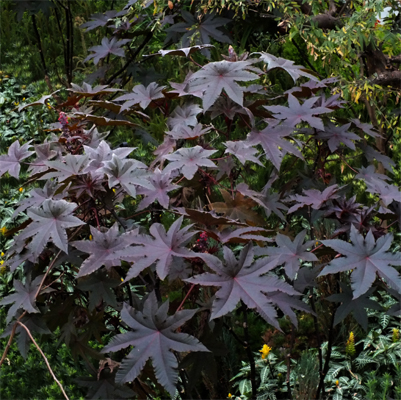 ^ There are various varieties. Var. New Zealand Purple is featured here for its rich purple coloring which adds real interest to garden landscape.

Its seed is the castor bean, which, despite its name, is not a true bean. Castor is indigenous to the southeastern Mediterranean Basin, Eastern Africa, and India, but is widespread throughout tropical regions [and widely grown elsewhere as an ornamental plant]. 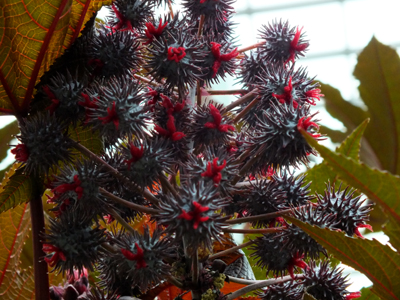 Castor seed is the source of castor oil, which has a wide variety of uses. The seeds contain between 40% and 60% oil that is rich in triglycerides, mainly ricinolein. The seed contains ricin, a toxin, which is also present in lower concentrations throughout the plant. 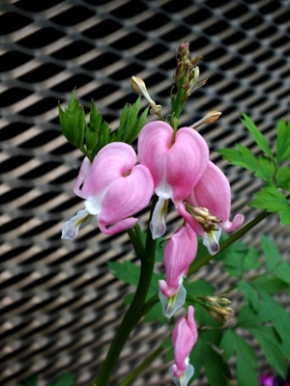 Lamprocapnos spectabilis [formerly Dicentra spectabilis]; also known as old-fashioned bleeding-heart, Venus’s car, Lady in a bath, Dutchman’s trousers, or Lyre-flower is a rhizomatous perennial plant native to eastern Asia from Siberia south to Japan. It is a popular ornamental plant for flower gardens in temperate climates, and is also used in floristry as a cut flower for Valentine’s Day. It usually has red heart-shaped flowers with white tips which droop from arching flower stems in late spring and early summer. White-flowered forms are also cultivated. 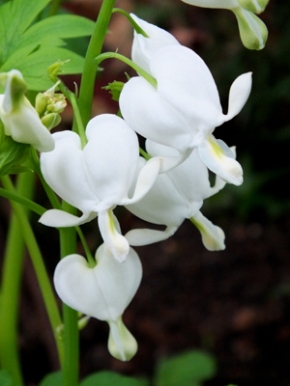 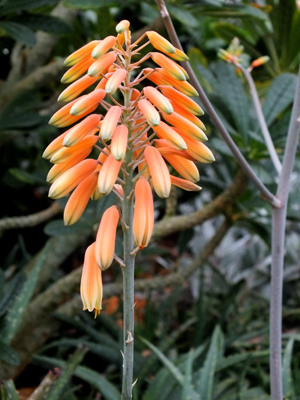 Aloe squarrosa is a species of plant in the genus Aloe. It is endemic to Yemen. Its natural habitat is rocky areas. 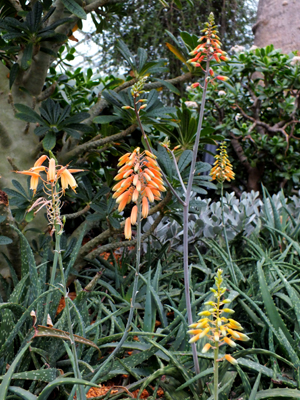 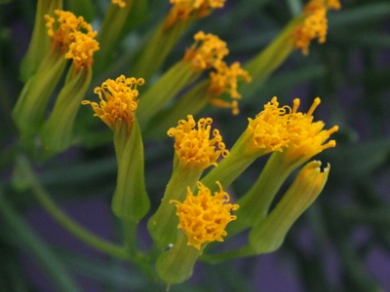 The Barberton Groundsel or Succulent Bush Senecio [Senecio barbertonicus]is an evergreen succulent shrub of the family Asteraceae and genus Senecio, native to Southern Africa, named after one of its native localities Barberton and is now also being cultivated elsewhere for its drought resistance, clusters of sweetly scented, golden yellow, tufted flower heads in winter and attractiveness to butterflies, the Painted Lady butterfly [Vanessa cardui] in particular. 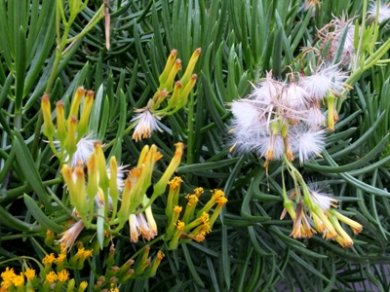 A succulent bush growing over 6 feet [2 m] tall and wide with a fleshy trunk, light green, cylindrical, finger-like leaves 2 inches [5 cm] to 4 inches [10 cm] in length and 0.2 inches [0.51 cm] to 0.4 inches [1.0 cm] in diameter, densely packed around the stem and curved at the base to lie parallel to the stem and pointing upwards.  The fragrant yellow flowers produce seeds with a dense tuft of bristles.

Primula denticulata [drumstick primrose] is a species of flowering plant in the family Primulaceae, native to moist alpine regions of Asia, from Afghanistan to south eastern Tibet, Burma/Myanmar and China. It is an herbaceous perennial growing to 45 cm [18 in] tall and wide, with rosettes of oval leaves and sturdy stems bearing spherical umbels of purple flowers. 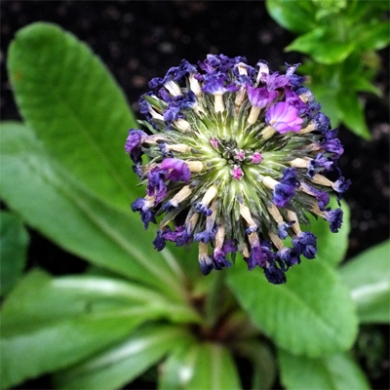 The specific epithet denticulata means “small-toothed”, referring to the serrated leaf edges. Primula denticulata is known to contain the contact allergens primin and other quinoid compounds.

Primula veris [cowslip, common cowslip; syn. Primula officinalis Hill] is a flowering plant in the genus Primula of the family Primulaceae. The species is native throughout most of temperate Europe and Asia. 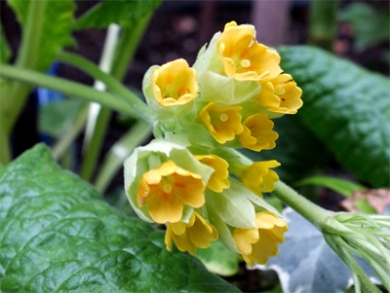 The common name cowslip may derive from the old English for cow dung, probably because the plant was often found growing amongst the manure in cow pastures.

Primula veris is a variable evergreen or semi-evergreen perennial plant growing to 25 cm [10 in] tall and broad, with a rosette of leaves 5–15 cm long and 2–6 cm broad. The deep yellow flowers are produced in spring, in clusters of 10-30 blooms together on a single stem. 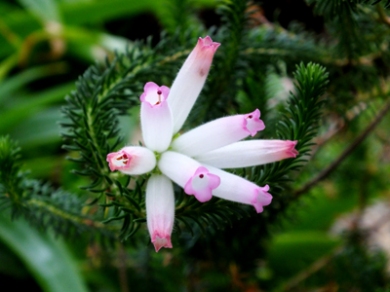 Erica verticillata [whorled heath, marsh heath, cape flats erica] is a species of erica that was naturally restricted to the city of Cape Town, South Africa but is now classified as Extinct in the Wild. Although the species became functionally extinct due to agricultural and urban development of its habitat in the early 20th century, cuttings from several plants discovered in the wild in the later 20th century have ensured that the species will continue in cultivation.