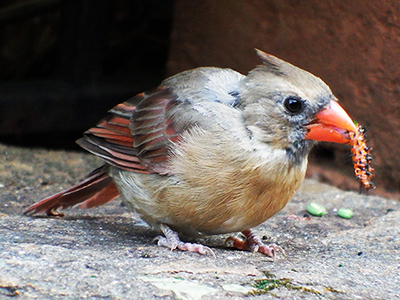 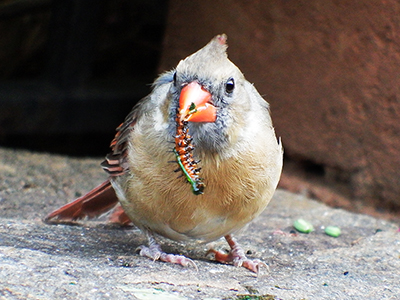 The eastern bluebird [Sialia sialis] is a small bird found in open woodlands, farmlands, and orchards. It is the state bird of Missouri and New York. 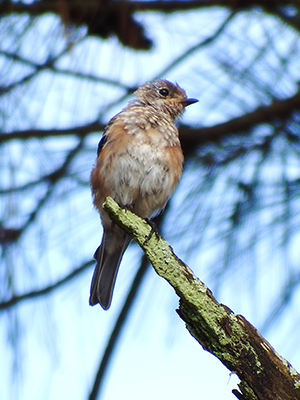 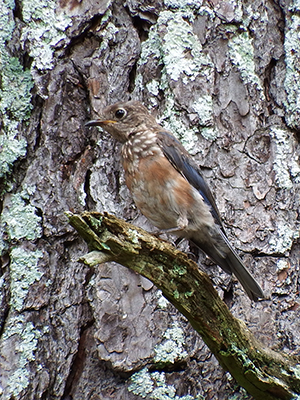 This species measures 16–21 cm [6.3–8.3 in] long. Eastern bluebirds are found east of the Rockies, southern Canada to the Gulf states, and southeastern Arizona to Nicaragua. 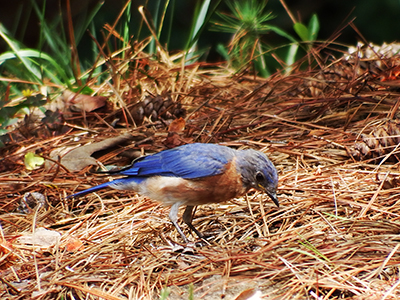 The bright-blue breeding plumage of the male, easily observed on a wire or open perch, makes this species a favorite of birders. 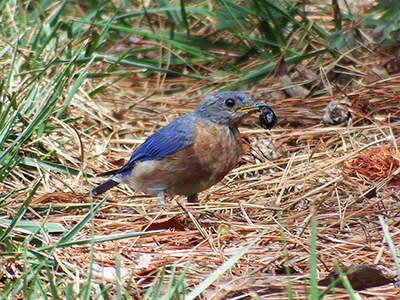 About two-thirds of the diet of an adult consists of insects and other invertebrates. The remainder of the bird’s diet made up of wild fruits or berries. Favored insect foods include grasshoppers, crickets, katydids, and beetles. Other food items include earthworms, spiders, millipedes, centipedes, sow bugs, and snails. 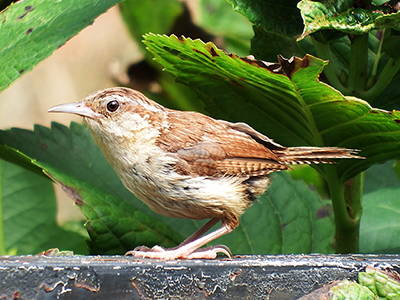 The Bewick’s wren [Thryomanes bewickii] is a wren native to North America. At about 14 cm [5.5 in] long, it is grey-brown above, white below, with a long white eyebrow. While similar in appearance to the Carolina wren, it has a long tail that is tipped in white. The song is loud and melodious, much like the song of other wrens. The song is broken into two or three individual parts; one individual male may exhibit up to twenty-two different variations on the song pattern, and may even throw in a little ventriloquism to vary it even further. It lives in thickets, brush piles and hedgerows, open woodlands and scrubby areas, often near streams. It eats insects and spiders, which it gleans from vegetation or finds on the ground. Wrens are sometimes observed foraging with chickadees and other birds. 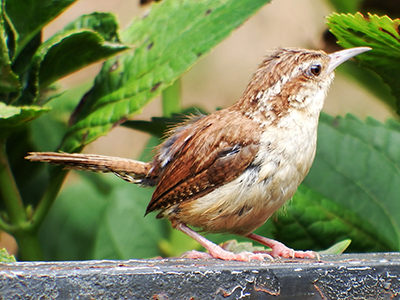 Its range is from southern British Columbia, Nebraska, southern Ontario, and southwestern Pennsylvania, Maryland, south to Mexico, Arkansas and the northern Gulf States. The Bewick’s wren does not migrate. 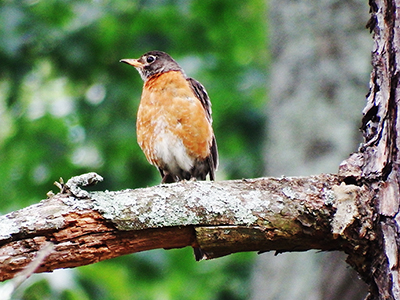 The American robin [Turdus migratorius] is a migratory songbird of the thrush family. It is named after the European robin because of its reddish-orange breast, though the two species are not closely related, with the European robin belonging to the Old World flycatcher family. The American robin is widely distributed throughout North America, wintering from southern Canada to central Mexico and along the Pacific Coast. It is the state bird of Connecticut, Michigan, and Wisconsin. 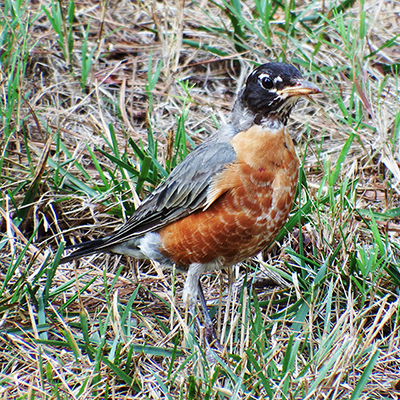 The American robin is active mostly during the day and assembles in large flocks at night. Its diet consists of invertebrates [such as beetle grubs, earthworms, and caterpillars], fruits, and berries. It is one of the earliest bird species to lay eggs, beginning to breed shortly after returning to its summer range from its winter range. Its nest consists of long coarse grass, twigs, paper, and feathers, and is smeared with mud and often cushioned with grass or other soft materials. It is among the first birds to sing at dawn. 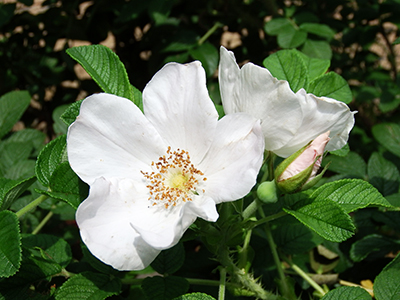 Rosa rugosa [rugosa rose, Japanese rose, or Ramanas rose] is a species of rose native to eastern Asia, in northeastern China, Japan, Korea and southeastern Siberia, where it grows on the coast, often on sand dunes. It should not be confused with Rosa multiflora, which is also known as “Japanese rose”.

Rosa rugosa is a suckering shrub which develops new plants from the roots and forms dense thickets 1–1.50 m tall with stems densely covered. The flowers are pleasantly scented, dark pink to white with somewhat wrinkled petals; flowering occurs in spring. 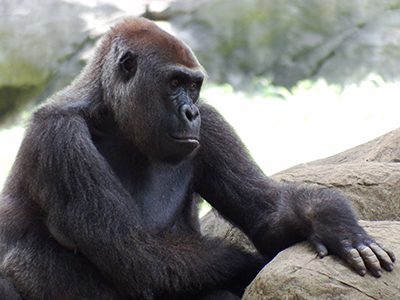 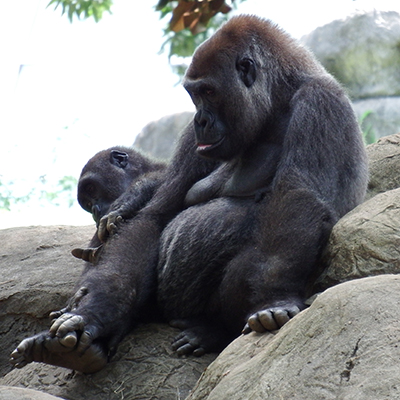 It is the gorilla most often found in zoos. 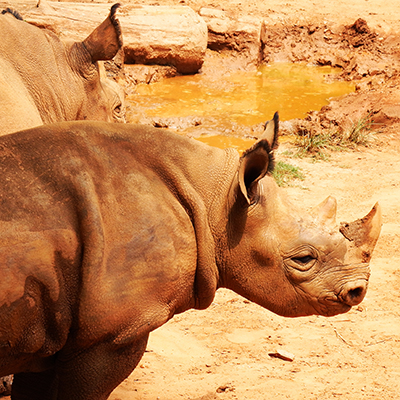 The black rhinoceros or hook-lipped rhinoceros [Diceros bicornis] is a species of rhinoceros, native to eastern and central Africa including Kenya, Tanzania, Cameroon, South Africa, Namibia, Zimbabwe, and Angola. Although the rhinoceros is referred to as black, its colors vary from brown to grey. 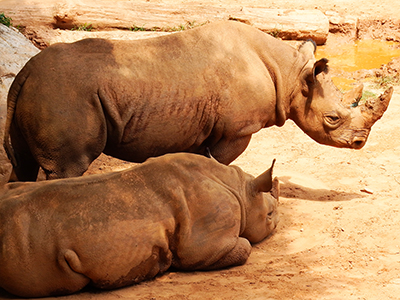 The species overall is classified as critically endangered, and three subspecies, one including the western black rhinoceros, were declared extinct by the IUCN in 2011.